There is a common myth that because students nowadays are born into a culture of technology that they inherently understand computers. Yet, understanding computer science is not inherent. It is learned – in school, at home, etc. Unfortunately, too many low income and minority students lack computer resources at home, computer science classes are virtually non-existent in schools, and even where classes are offered, teachers lack training and the curricula are not engaging to students. 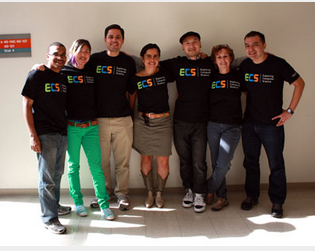 This is where Exploring Computer Science (ECS), and its team of researchers come into play. ECS is using Dedoose to take their innovative program to the next level AND they are inspiring us here at Dedoose every step of the way.

About ECS: Supported by the National Science Foundation, ECS aims to democratize computer science education by broadening participation in the field to include a diversity of multiple perspectives.

The Research: The Exploring Computer Science research team is comprised of five researchers, each contributing their own creative mastery to the overall vision of our project. Our three foci include an inquiry-based approach to teacher training and curriculum-design, an emphasis in equity to widen participation for underrepresented groups in computer science, and an acquisition of computer science content knowledge.

Jane Margolis, senior researcher and principal investigator of the grant, was motivated to examine issues around equity and computer science education by experiencing gender inequity as a telephone installer during her undergraduate years at UC Berkeley. She was later asked by the Carnegie Mellon Foundation to conduct a study about women in computer science. Learn More.

Joanna Goode, professor of Education at the University of Oregon, joined the team as a doctoral student at the Graduate School of Education at UCLA. A former computer science high school teacher, Joanna continues to work towards expansion of our program to other high schools nationwide. Learn More.

Clifford Lee, a post-doctoral fellow with Exploring Computer Science. His research examines critical literacy while using gaming as leverage for student reflection about their lives in the context of larger sociopolitical issues.

Jean J. Ryoo is a doctoral candidate with the Exploring Computer Science research team. She examines the use of mobile technology to conduct community-based research around issues that are important to students.

The research goal – in their own words:

By collecting participant observations of nine classrooms over the span of one academic year, as well as video footage of professional development training and survey data, we reveal facets about computer science education that are dismally documented. This research is timely because it helps shape the national dialogue regarding computer science education, one of the most compelling topics of our time given the rampant usability of a digital explosion over the last decade.

We envision the next generation of computer science teachers better equipped to engage non-dominant populations in one of the most segregated fields in education while addressing important issues such as human-computer interaction and problem solving considering multiple perspectives.”

Using Dedoose: “Dedoose helps us look at our streams of data without feeling overwhelmed by the quantity we have collected. Using a Grounded Theory approach to analysis, Dedoose helps us organize our data by categorizing excerpts within three levels of coding to quantitatively detect specific trends across nine schools with detailed visuals. 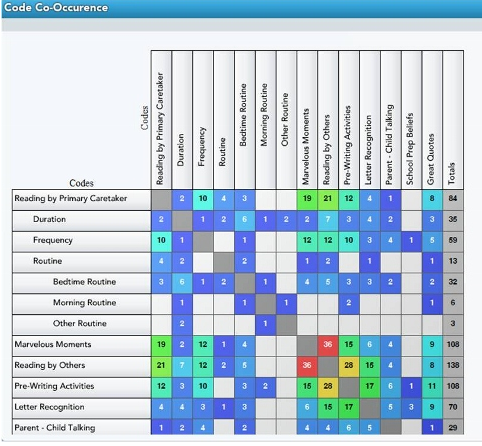 For example, the code co-occurrence feature allows us to see interactions between our child codes where our observations may overlap between our three pillars of foci. The dataset filtering workspace has been instrumental in saving us time and gives us the ability to print out reports by descriptor and code selections. Since we work with three researcher participant observers across nine schools, it is extremely useful to account for the variance and calibration of data collection and analysis in social science by sharing our workspace online.

In addition, Dedoose staff has been very helpful in answering clarifying questions for us as eager and novice learners of the software. As a result, we have learned to use code weight systems that we are currently considering for the next phase of our data analysis.”

What makes your research team awesome? 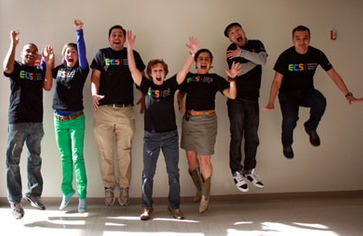 “Our research team meets in person and on occasion using Google Hangout. We can use light humor to engage in complex issues of educational reform in urban schooling. In addition to our rigorous research schedule, we make time to share food, do yoga and look forward to salsa dancing.”

If you are interested in learning more about Exploring Computer Science, or would like to speak to the team directly, you can contact Cueponcaxochitl Dianna Moreno Sandoval at [email protected]

Would you like your research team, yourself, or your research project to be profiled on our blog? We would love to hear from you. Email Support at support@dedoose.com for more information.